Heather Burke spent a decade in book publishing as a writer, editor, and researcher for organizations such as the Library of Congress and HarperCollins Publishers before making the switch to nonprofit management and fundraising.

In 2005 she relocated from New York City to Monmouth County with her husband and two children, and has since worked as a freelance grant writer and volunteer with numerous organizations.  She joined Impact to continue her education in philanthropy and focus on the needs of her local community. 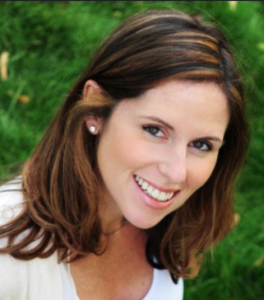 Deirdre Spiropoulos resides in Fair Haven, NJ, with her husband George and three young children. She graduated from Villanova University in 1999 with degrees in Spanish and International Business then started her career teaching English where she worked an International Language Academy in Madrid, Spain. In 2001 she joined Prudential’s Leadership Development Program where she rotated across various business units while pursuing her Masters of Business at NYU Stern School of Business. In 2007 she became a Director of International Projects focusing on succession planning and compensation management for executives and sales teams across Prudential’s International Insurance businesses. In 2010 she left Prudential to focus on raising a family and volunteering in her community.

Deirdre has a passion for philanthropy and uniting with women to make a lasting impact in her community. She enjoys leveraging her experience in the corporate and international sector to inspire and mobilize women to share their time, talent and treasure to better our community. When she’s not “Impacting” Deirdre enjoys running, relaxing on the beaches of the Jersey shore and spending time with friends and family. 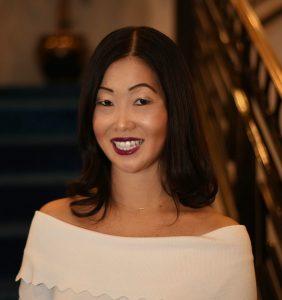 Karen Waltz resides in Rumson, NJ with her husband and three children.  She grew up in Manasquan then graduated from Villanova University in 2005 with a degree in Political Science and minor in Communications.  She has 10+ years of sales, marketing, and business development experience in online advertising and technology.  She relocated from San Francisco, where she started her non profit career.  For 8 years she served on the Leadership Team in the Junior League of San Francisco and sat on both the Citizens’ Bond Oversight Committee and Parcel Tax Committee for the City College of San Francisco.  Karen was also a member of the Collaborative Against Human Trafficking and worked closely with Help a Mother Out, a non profit who provides diapers to local organizations.

Karen currently sits on the Impact 100 Jersey Coast Advisory Group and serves as the Operations Chair. She is a member of the Junior League of Monmouth Country and is on the board of the Newcomers Club of Rumson, Fair Haven, Little Silver & Shrewsbury.

Rowena (‘Ro’) was thrilled to join Impact in July 2015 as a founding member and put her Masters degree in Nonprofit Management and experience working in the nonprofit sector to good use.   For 10 years, Ro worked as Grant Writer, and then Business and Legal Affairs Officer, for Seeds of Peace, a internationally-recognized conflict transformation nonprofit based in New York.

Ro volunteers in various capacities, most recently joining the boards of Shore House and Rally Cap Sports, and previously serving as President of the board at Sandy Hook Child Care Center.

Ro hails from London, where she worked as an attorney with Charles Russell Speechlys LLP for four years before deciding to move to the U.S. and into the nonprofit field. She now lives in Navesink, NJ, with her husband, Jon; two boys, Theo and Hugo; cocker spaniel, Thompson and new addition, springer -mix puppy, Poppy. 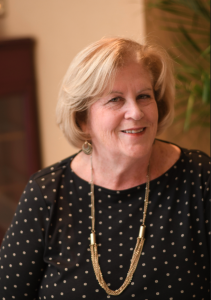 Mary K. Riley is an inaugural member of Impact 100 Jersey Coast. She has been fully involved in Impact since the beginning by chairing for 5 years either the Children and Families or the Health and Wellness Grant Review Committees.

Mary graduated from Villanova University and has recently retired from Deloitte as a Managing Director. In the early 1990s, Mary was an inaugural Board Member of the New Jersey Chapter of the AG Bell Association for the Deaf – As a parent of a deaf child, she knew it was important to start a local chapter that would help our members meet the daily challenges of living with hearing loss.

Mary is a proud mother of two grown children, Jason and Kelsey. Since moving to Long Branch in 2007, Mary spends her free time enjoying the beautiful beaches, local arts/music scene and riding her bike. Through her involvement in Impact, she now feels a part of the fabric of Monmouth County.

Betsy McKnight moved to Rumson eight years ago, but has been connected with Monmouth County since birth. Born in Fair Haven, her family lived in the United Kingdom as well as in several states due to her father’s work with the US Navy.  She settled back in Spring Lake in time for high school. Betsy then attended Hamilton College graduating in 1992 with a degree in History. Her first job was in communications at Family & Children’s Services in Long Branch.

After moving to New York City she spent a number of years working in nonprofit communications, including at International House; health care public relations, including working at Edelman PR, and eventually found her niche in nonprofit fundraising.  Betsy’s last position was fundraising for National Academy Foundation, which supports career themed academies in public high schools.

After meeting and marrying her husband Jim, they relocated to Atlantic Highlands and started a family. Betsy and Jim have two elementary school age children, Katherine and Thomas.  In addition to staying at home with her children, Betsy serves as the Nonprofit Coordinator in the Grants Committee for the past five years and also is a member of the Impact 100 Jersey Shore Advisory Group, and the Diversity and Inclusion Committee. She also served on the Executive Board of the Newcomers Club of Rumson, Fair Haven, Little Silver and Shrewsbury.

She stays active playing tennis, paddle, pickle ball and sailboat racing locally.  Betsy is thrilled to use the skills honed throughout her career to be of service to the nonprofits in her community. 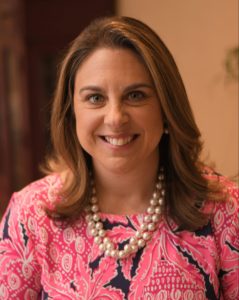 Lori Missig resides in Fair Haven, NJ, with her husband David and three daughters. Lori graduated from Villanova University in 1998 with a degree in Finance. In 1998, she went to work for Morgan Stanley in New York City where she was in marketing and sales for 13 years.  She then moved to Northern Trust Asset Management where she currently is a Business Development Executive for the FlexShares ETFs.

Lori has long been an active member of the Monmouth County community since she grew up in Colts Neck.  Lori volunteers in various capacities including The Kortney Rose Foundation and Hackensack Meridian Health.

Julie Pare graduated from Amherst College in 1998 with a degree in Economics and Political Science, and received her MBA in 2004 from the Tuck School of Business at Dartmouth.

Julie spent 14 years in the corporate world doing financial and operational modeling and consulting.  After leaving Massachusetts for New Jersey in 2012, Julie completed her 200 hour yoga teacher certification with YogaWorks in New York City and now teaches yoga four days a week.  She is also an independent financial modeling consultant and volunteers with Compass of Greater Philadelphia, an organization that provides pro-bono consulting services to nonprofits serving the Philadelphia area.

Julie lives in Fair Haven with her husband and son and spends her free time baking fancy cakes and pies, and going for long runs in the middle of the night!

Michelle Peoples is an inaugural member of Impact 100 Jersey Coast, honored to have been a part of the Grants Committee from Day One.  She was thrilled to learn about Impact 100 groups, in awe at the remarkable transformational changes they have made on their local communities, eager to have an opportunity to learn about the most hard-pressed needs in Monmouth Country and aid the amazing community partners who strive to provide the critical services to meet these needs.

Michelle grew up in Monmouth County and attended Villanova University, where she earned her degree in Accounting.  Villanova is where she cultivated a passion for philanthropy through volunteer opportunities with the Ronald McDonald House in Philadelphia and the Special Olympics.  After graduating, she moved to New York where she began her career at Arthur Andersen LLP and became a Certified Public Accountant.  She has over 20 years of experience in the finance and accounting field.

Michelle currently resides in Fair Haven, NJ with her husband and two children.  When not enjoying the beach, she enjoys traveling, skiing, and other outdoor activities with the family. 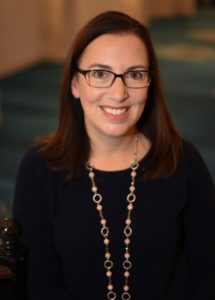 Before relocating to New Jersey, Jennifer served on the boards for the Franklin, NC Area Chamber of Commerce and the Mainspring Conservation Trust (formerly the Land Trust for the Little Tennessee), was a trained volunteer facilitator for Heartstrings Pregnancy and Infant Loss Support and served on several committees, including the search committee for the Director of Children’s Ministries at St. Paul’s Episcopal Church in Winston-Salem, NC.

Jennifer and her family relocated to New Jersey in 2016 and she joined Impact 100 Jersey Coast in 2017.

APPLY FOR A GRANT